– A new tab has been added the Account window, Connection.
– – This tab allows you to select your desired connection type, as you may from the iRacing Member site. For example, you may select “DSL, Cable, Fiber, 1Mbit/sec or faster”.

– A link has been added to the Account page where you can redeem Gift and Promotional Codes.
– – This area also now displays your current balance of iRacing Dollars.

– A new button has been added to the Store: iRacing Dollars!
– – You can find this button in the Store section on the sidebar.
– – This button takes you to a page where you may purchase iRacing Dollars for yourself or others.

– An informative banner has been added at the top of the window, informing users how many more pieces of content they need in order to begin receiving the “20% off – 40+ Piece Club” discount, or if they are already benefiting.

– A progress bar has been added to the top of the window, informing users of how many pieces of content they own, and how many are available.

– The Car / Track tab buttons have been updated.

– Each item’s Owned/Unowned status has been put in a single column. Any unowned items feature a “Purchase” button.

– Each item in the list now always features an “Info” button that takes the user to the item’s information page.

– The visible fields have been adjusted and improved for narrow screen sizes.

– For table view, the visible fields have been adjusted and improved for narrow screen sizes.

– For the Entries List, fixed an issue where text could appear for a user’s Selected Car instead of a small thumbnail image of their livery.

– Fixed an issue with the “Back” button having an incorrect behavior.

– The night lighting status on each track’s information page has been made more clear.

– Fixed a gap in the text spacing that appeared on the right side when loading into the Simulator.

– Fixed an issue where a multi-car Team Session would incorrectly show a green Register button when a user owned at least one of the cars used by the session, but not the car selected for use by their Team.
– – Now, a yellow Purchase button correctly displays. If the user purchases the needed car, then the button changes to the green Register button.

– Fixed an issue where a previously Declared Driver was seeing a “Watch” button to join the Team Session in progress instead of a “Register as Driver” button.

– A link to our Membersite Documents and Tools page has been added.

– The code that computes the pit exit delay at the start of a race has been updated to allow for a variety of new cases, including the Crandon International Raceway land-rush.
– – Crandon’s pit exit delay should now work as one would expect using either configuration.

– For the New Damage Model, collision parameters have been adjusted to prevent front-end damage to the fenders, hood, and bumper from rubbing on the wheels and giving an unintended speed boost.

– Additional merge check points have been added for pit exit.

– A Jersey barrier has been added to prevent cutting the tabletop jump. 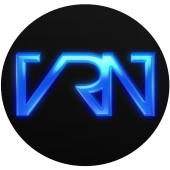