Unfortunately, you're not logged and can therefore use this limited forum. Do you want to experience the full diversity of our community, so you can sign up now for free & without obligation or login with your user data.

– Fixed an issue where the timing was set to 00’00” when the player was DNF.
– In Amateur Leagues, players that didn’t participate are not displayed anymore.
– Point attribution system as been changed for daily and weekly challenges.
– Allowed users to display the rankings for previous weeks.
– Optimized tooltips.
– Fixed the display of some groups being wrong.
– For Weekly Challenges, Car Setup and Tyre Choice are now taken into account for the whole rally instead of the first special only.
– Added tooltips in Car Setup.

– Fixed a throttle issue where it was only effective when pressed at near maximum.
– Fixed an issue where it was possible to accelerate even with the clutch engaged when using a peripheral.
– Fixed an issue where the car was going backwards after pressing the throttle briefly.
– Fixed several issues linked to the Car Setup and restrictions depending on the type of car.
– Fixed some car setup modifications being incompatible with semi-auto, virtually changing to manual.
– Fixed an animation problem when using a steering wheel peripheral.
– Optimized using rain tyres on wet roads, they should now give more of an advantage compared to dry tyres.
– Fixed the display of a Licensing Rallye sticker on custom liveries of the Yaris WRC.

– Fixed an issue when choosing the female co-pilot voice in Career and other modes, now the global setting in the Game Settings menu will be used instead.
– Fixed a sound issue on Audi Quattro and Skode Fabia.
– Other minor interface and environment sound fixes.

– Fixed users with system language set to Japanese not being able to create a new team or save a new livery.
– Game Credits updated
– Fixed the wrong car displayed in Catalog vitrine-showroom if the user doesn’t have the DLC
– Fixed an issue related to waiting for terrain loading when we start a custom race
– Fix rendering mode not applying when we change it (requiring a game restart)
– Solo league hub ranking display fixed
– Fixed a penalty issue on starting race too early after countdown
– Fixed possible default textures on drivercards
– Fixed an issue with slider options related to pad vibration
– Compute number of players/teams going down in leagues
– Fixed Teams league history period number
– Fix sponsors objectives won’t trigger anymore in shakedowns
– Prevent crash in PaceNoteManager when trying to go to next pacenote
– Fixed female audio pacenotes during onboarding tuto
– Mute all meaningless sounds during the loading 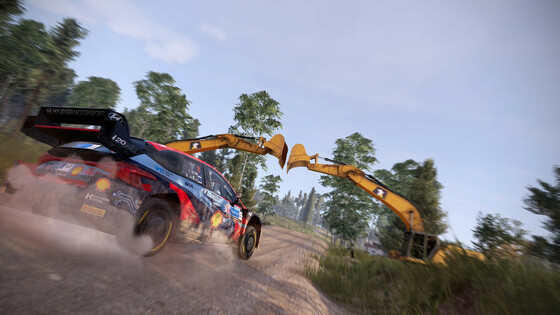 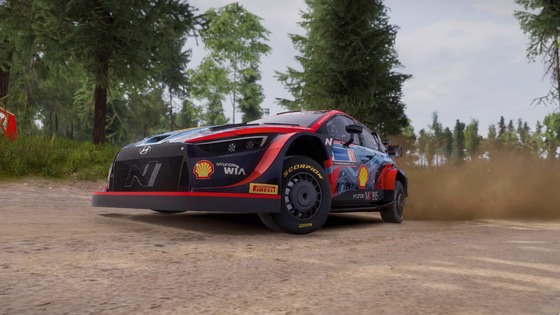