Fixed an issue where the UI Scale value was resetting to 100% regardless of what the real value was after reloading the iRacing UI.

An error message now appears when entering the incorrect password for a private Hosted Session.

Fixed an error that could occur when downloading Results.

Fixed an error that could occur when selecting to use a custom paint pattern.

Forum moderation tools have been updated.

– – All iRacing Members Forum protests should be handled through the official iRacing Protest System.

The “Race Farm” field on the Info tab of the Session and Replay screens now include the appropriate “ipv4” or “ipv6” prefix for the race server farm name, based on how the Simulator connected to the race server.

For the Tire Compound Change Rule, fixed an issue where the pace car indicated it needed to change its tire compounds, or it would be disqualified.

– – Fear not, it is safe from disqualification for not changing its tires.

Reverted a change that was disabling the auto-pit-speed-limiter during gridding and parade laps.

Fixed an issue where damage was being distributed incorrectly to nearby mounts.

Fixed an issue for when a structure yielded to impact forces it was incorrectly calculating the deflection, causing too much damage. In particular, deflection of the other stronger object was taking far too much damage.

– – This was especially noticeable for the front wings of the Mercedes-AMG F1 W12 E Performance.

– – As a result of this change, all vehicles using the New Damage Model have been rebalanced for improved performance and realism.

For the LFE system, improved the engine RPM effect.

– – A low-pass filter has been added to reduce noise and a graduated RPM scale has been added to help keep the frequencies in the range most shakers can operate at, while still remaining harmonic with the sound of the engine.

Fixed an issue where Varjo headsets were not working correctly with OpenXR.

Fixed an issue where the view could flip upside-down when tracking is lost for Varjo VR users.

Fixed an issue that prevented text elements from momentarily blinking, such as the Best Lap indicator.

Engine sounds have been completely updated, for all camera views.

Cowl tape position has been adjusted on the custom paint template.

Fixed a texture issue with the grills on short tracks.

Rebalanced engine torque for within the Touring Car Class balance.

For the New Damage Model, increased break limits for wheels based on Members feedback.

Fixed a texture issue with the fuel boom.

Rebalanced engine torque for within the Touring Car Class balance.

Fixed an issue where the display was not working correctly when the New Damage Model was not in use.

Glass has been added over some cockpit gauges.

Fixed a texture issue with the engine cover.

Fixed an issue where some cockpit switches appeared duplicated from some camera views.

Re-centered the Buick logo on the rear of the car.

Brake pressure bias adjustment range has been narrowed to between 40% and 60%.

Some of the highest frequency engine sounds have been tuned down slightly.

For the New Damage Model, updated the nose, hood, sides, and mount break limits to prevent explosive collisions when impacting a barrier at maximum speed.

Fixed an issue where the brakes were incorrectly disengaged when no throttle was applied while in Drive gear.

Tire pit service duration has been reduced by about 7 seconds.

The rear wing outer parts have been moved to the “car_decal” layer so they may be edited in custom paint schemes.

Drivers of this car will now use the appropriate helmet style.

Fixed a texture issue with some pit crew gear.

The DRS Zone has been relocated from the pit straight to the straight after Turn 1.

Some environment textures have been updated.

Smoothed a bump at pit entry.

Barney, Legendary Flagman, has been rotated to face the correct direction.

The pace car entry line has been shifted forward slightly.

– – This should alleviate an issue with an early green flag.

Some painted lines have been updated.

Tire walls, tree shadows, and rocks have all been updated for improved graphics performance.

A variety of glass textures have been updated for improved graphics performance.

Fixed an issue with shiny rocks at certain graphics settings.

Updated the draw distance for some tire walls.

Fixed an issue with a stretched asphalt texture in the Talladega logo.

Fixed some issues with wall logos. 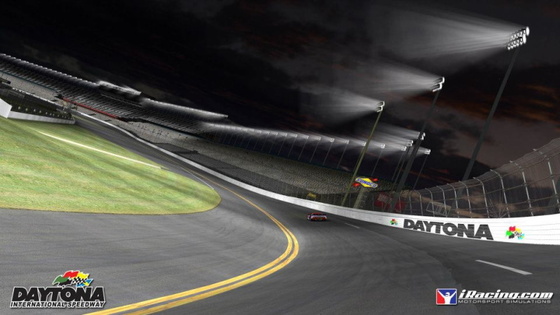 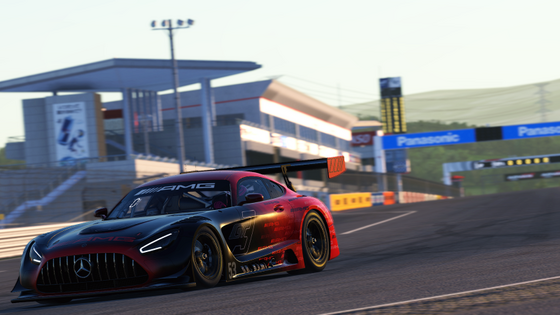 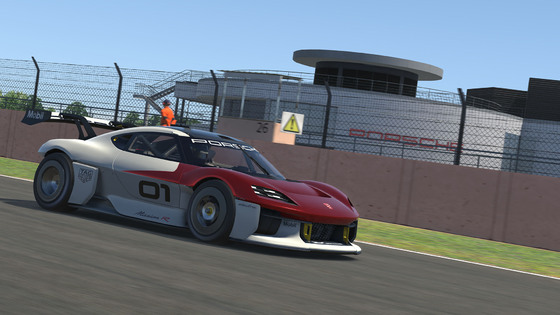